Whew! I just got back from a long two-week trip to Europe, in order to attend a pair of optics meetings. The first of these was in Joensuu, Finland, and the second was on the island of Spetses in Greece.  The trips were both amazingly productive, and I am hopeful that I’ll get a lot of beneficial outcomes from them.

I also took a lot of photographs!  Over the next few posts, while I finish my cat physics book draft which is due soon, I’ll share some of those photos.

My first meeting was a workshop on optical coherence theory in Joensuu, Finland.  Joensuu, the capital of the North Karelia region of the country, is a charming city with a population of about 76,000 people.

The city is relatively close to the Arctic Circle, which means that it never really gets completely dark during the summer, and doesn’t get really very light during the winter. Fortunately, I was visiting during the former.

Joensuu at midnight, pretty much as dark as it gets. It feels like daytime well past 10 pm, too.

This was my third trip to Joensuu, and the city has been growing on me more and more with every trip. It has a lot of character, a beautiful location situated on the Pielisjoki River, and a really nice cafe and restaurant scene along the river.

A restaurant on a boat! 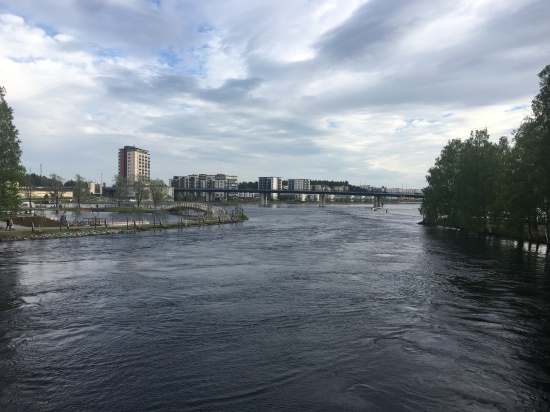 A view of the river.

But I really wanted to share my photos of Koli National Park!

Koli is a park about an hour away from Joensuu, a collection of forested hills that borders Lake Pielinen, It boasts spectacular views of the Lake and a nice quiet serenity.

Panorama of Koli from Paha-Koli Hill.

From the point we had our short conference excursion to the park, there are three major hills: Ukko-Koli, Akka-Koli and Paha-Koli. The first we encountered was Ukko-Koli, and I was suitably excited.

The second hill, Akka-Koli, faces inland, giving a different perspective on the landscape.

Akka-Koli is also the location of an area called the Temple of Silence, apparently popular for wedding ceremonies as well as Blair Witch-style creepy sacrifices.

The Temple of Silence.

But Paha-Koli was my favorite site.  There, you can climb a very steep and treacherous granite slope to reach a high point for an unobstructed and contemplative view. 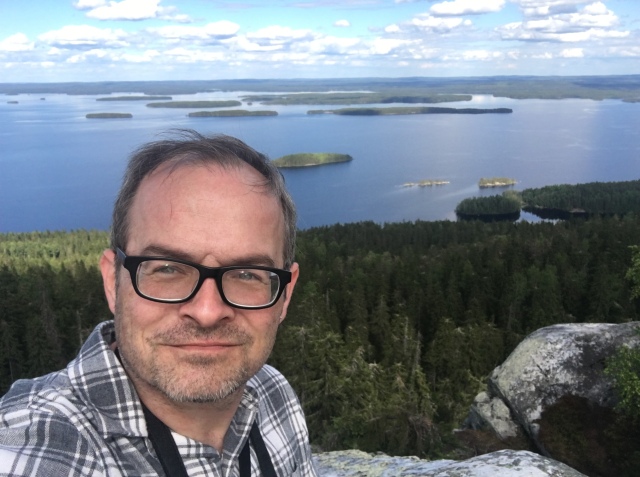 Selfie on Paha-Koli. I always think I look really good when I take photos after I’ve been exerting myself or doing something really stupid. 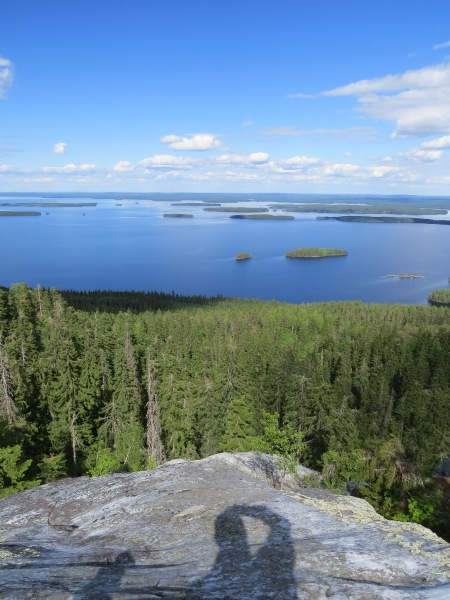 Just walking the trails of Koli is satisfying by itself, incidentally. The park is an almost unreal level of green — at least for someone like me who spends most of his time in drought-ridden North Carolina.

Some scenes look like they were ripped right out of a book about Hobbits. 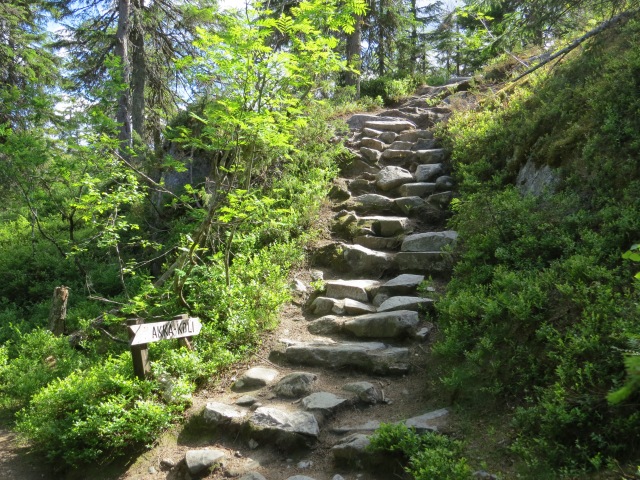 I don’t have much more to share about the park in this post, other than to add a few additional images and to say that it is a lovely place and well worth visiting if you ever find yourself in Finland!  I’ll have many more details to share about my travels in Greece. 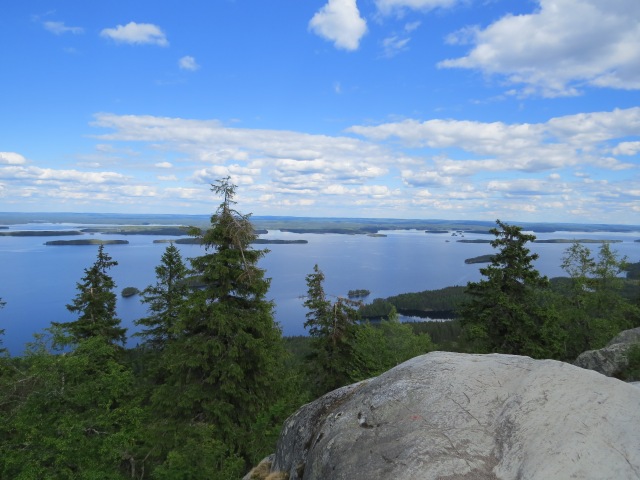 A charming little restaurant where our excursion stopped for dinner.

Me cooking a sausage for dinner. 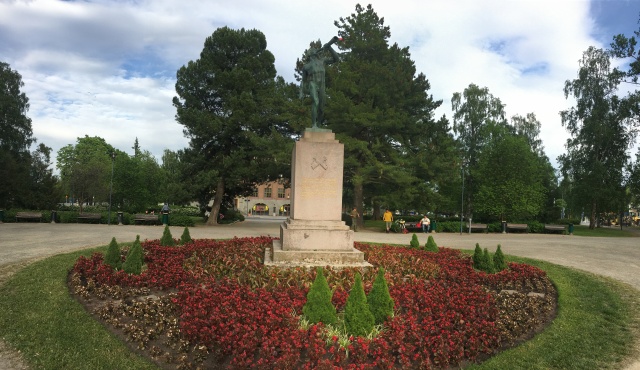