Posted on November 6, 2016 by skullsinthestars

Time to summarize more weirdscifacts as posted on Twitter! Read on to learn about the amazing origins of the rather innocent looking palm pictured below. 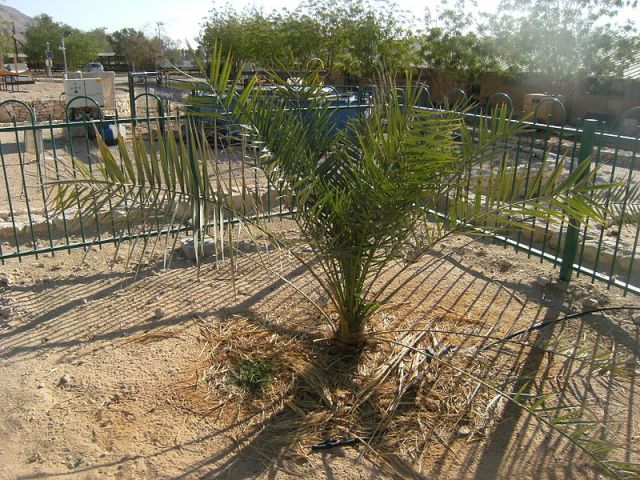 296. (October 23). This amazing little bird can fly for nearly a year straight.  I’ve talked about birds that can stay aloft a long, long time in these facts before, but the swift apparently can fly even longer. One thing that the article doesn’t mention: what do they eat while in the air? Flying insects?

297. (October 24). Extinct tree grows anew from ancient jar of seeds unearthed by archaeologists.  A fascinating overlap between archaeology and biology. Apparently, when it comes to certain species of plant, “extinct” isn’t as absolute a word as we might think.

298. (October 25). “Four-eyed” fish exist, but they really have two eyes, each with two pupils!  From my previous post on the New England Aquarium!  These fish can use the upper and lower pupil sets to simultaneously look for food and predators above and below the water. 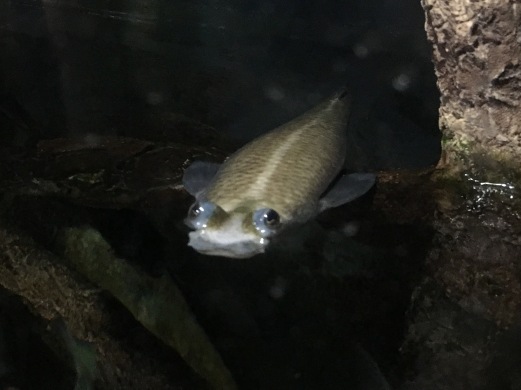 The largescale foureyes, my own photo.

299. (October 26). Cuttlefish and other cephalopods have “W”-shaped pupils, possibly to allow them to see color.  My image of this from the New England Aquarium is shown below. It turns out there are multiple possible reasons for this strange shape, one of the most recent hypotheses being that it provides a form of color vision.  I’m planning a blog post on the multiple strange types of vision evolved by sea creatures. 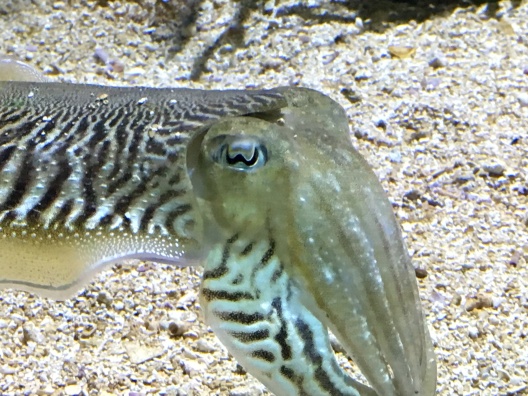 Cuttlefish eye up close, my own photo.

300. (October 27). The QASER was discovered in 2013: a way to have laser-like light without the laser!  This is something I need to read more about myself, and blog in more detail later. A first brief stab: a laser uses the process of “stimulated emission” to produce a bright directional beam; I’ve blogged about it before.  The active medium, which amplifies the beam and produces “lasing” requires the atoms to be population inverted: more atoms must be in the excited state than the ground state.  The qaser, however, uses a different mechanism to get amplification, called superradiance.  This superradiance can happen without population inversion.  I’ll say more about qasers in the future; I don’t think the full implications of the discovery have been revealed yet.

301. (October 28). Penguin babies replace their feathers all at once, in what is called a “catastrophic molt.”  Check out the photos at the link; it’s not pretty!

302. (October 29). Michael Faraday, unifier of electricity/magnetism, also tried to demonstrate a connection between gravity and E/M.  This is from one of my old blog posts.  We tend to think of the unification of all the fundamental forces of nature as a very modern idea; however, Faraday made the attempt back in 1851!  He failed, but it illustrates that hopes of unification go back a long, long time.

303. (October 30). In 1798, physicist E-G. Robert made an optical ghost show (phantasmagoria) that the audience thought were real ghosts!  Another old blog post, perfect for Halloween! Robert, stage name “Robertson,” used in essence an early slide projector combined with other tricks and sound effects to produce a truly effective show.  The popularity of Robertson’s performances were a foreshadowing to how popular motion pictures and television would become. 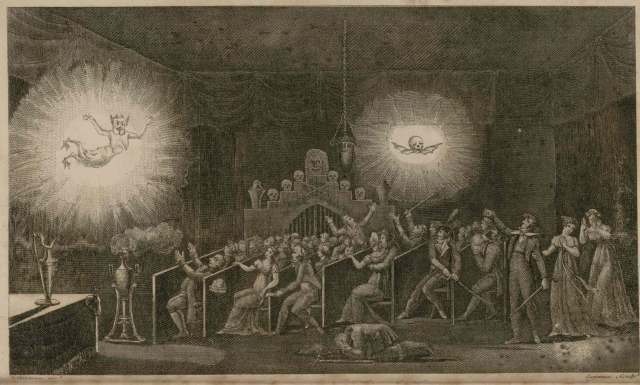 Robertson’s Phantasmagoria, from his Memoires.

304. (October 31). The Lady of the Lake — a murder mystery solved by saponification.  This is yet one more blog post of mine, perfect for Halloween! It is the story of a creepy lake, a missing woman, and a mystery solved thanks to the process by which soap forms.

305. (November 1). Octopuses have blue blood, result of a copper-based protein that works better at lower temps.  This copper-based haemocyanin is apparently much better at transporting oxygen through the blood at cold temperatures than our red-blooded hemoglobin, which is how octopuses can thrive in extremely cold environments.

306. (November 2). The ‘sea nomad’ children who see like dolphins.  Tip o’ the hat to @physicistlisa for this one! Most of use can’t see very clearly underwater, because our eyes are adapted to image in air.   However, children who have grown up with a life of underwater diving can adapt to have better aquatic vision.

307. (November 3). Coyotes and badgers will work together to hunt food.  Be sure to view the photographs at the link, as they are cute and amazing!  Coyotes are good at running down prey, while badgers are good at digging up prey. Working together, the two form an effective hunting pair.  I want someone to turn this into a TV buddy cop show so much.

That’s it for now! Tune in soon for more facts!